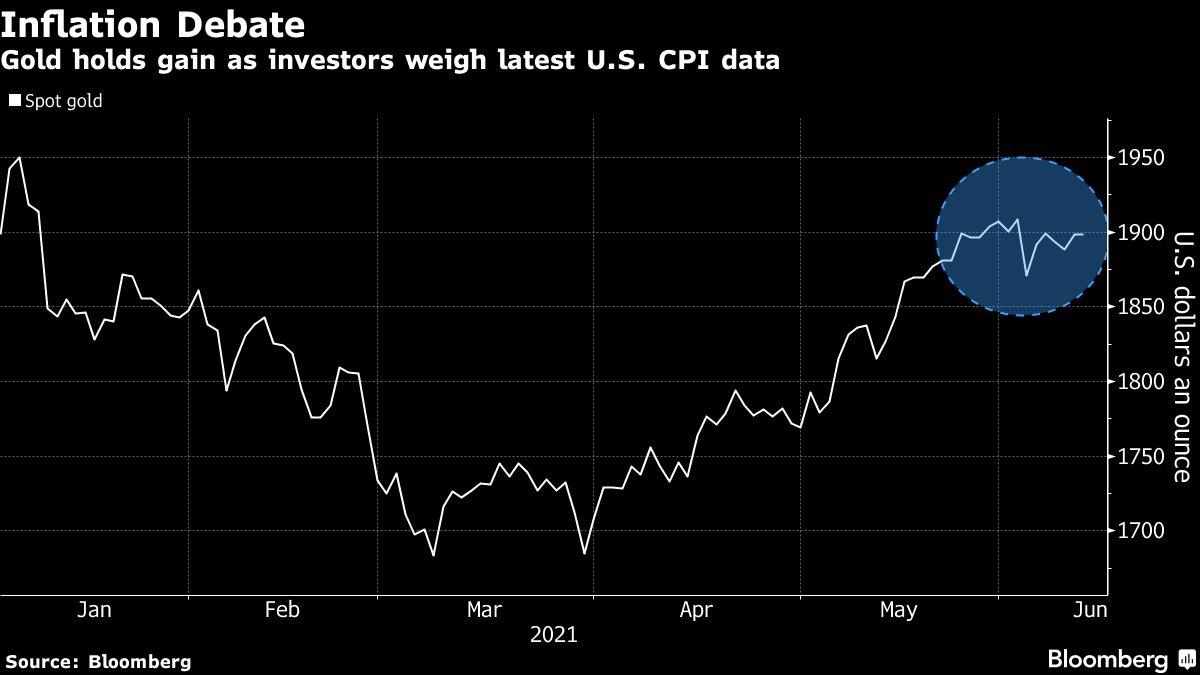 (Bloomberg) — Gold held an advance as some investors deemed that the slightly faster-than-expected rise in U.S. inflation is likely to be transitory, keeping ongoing central-bank support intact.

The consumer price index climbed 0.6% in May, the second-largest advance in more than a decade.

Though distorted by the pandemic, the CPI jumped 5% from a year ago, the biggest annual gain since August 2008, according to Labor Department data Thursday. Real yields eased after the data, boosting the appeal of non-interest-bearing bullion.

Also on Thursday, European Central Bank President Christine Lagarde renewed a pledge to deliver faster bond buying even as officials acknowledged for the first time since 2018 that the euro-zone economy is no longer overshadowed by risks to its growth outlook. Investors will now turn their attention to the Federal Reserve’s meeting next week for guidance on its monetary policy path.