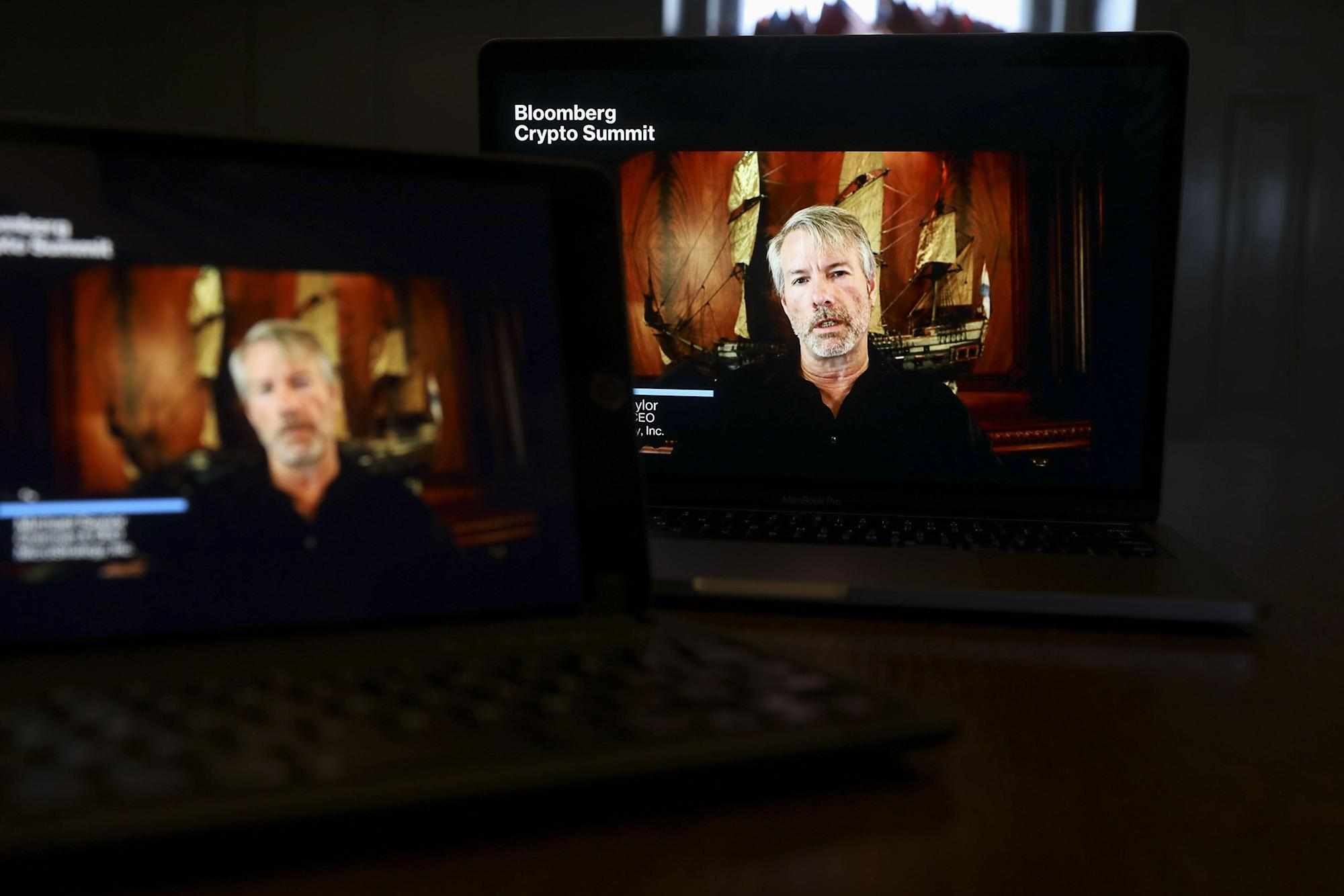 (Bloomberg) — MicroStrategy Inc. boosted the size of a junk-bond sale to fund the purchase of more Bitcoin, selling $500 million of notes on Tuesday that were the first of their kind in the high-yield market.

The company received about $1.6 billion in orders for the offering, including interest from a large number of hedge funds, according to people with knowledge of the marketing process, who asked not to be identified discussing a private transaction. The strong interest comes amid a tumble in the value of Bitcoin.

The company, with Michael Saylor at its helm, emerged as one of the most bullish public companies on cryptocurrencies.

It has already issued convertible bonds worth around $1 billion in its quest to scoop up more of the coins, though this is the first-ever corporate bond sale with...read more...