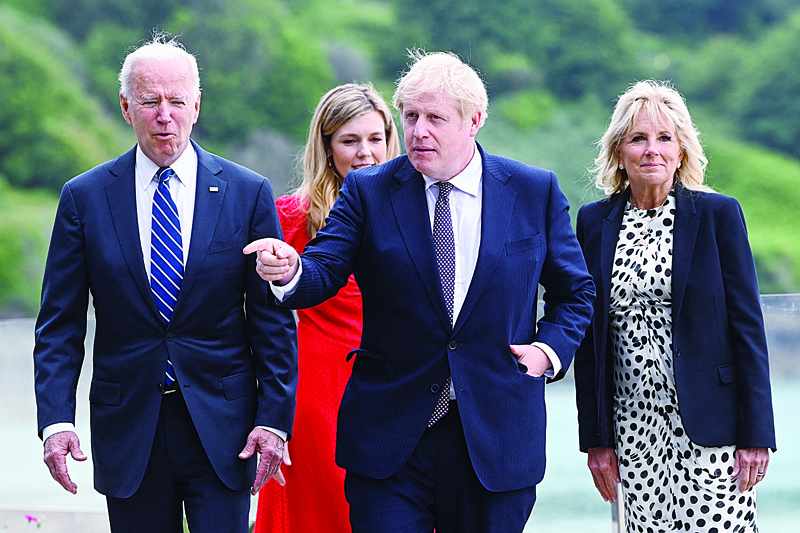 CARBIS BAY: US President Joe Biden was set to warn British Prime Minister Boris Johnson not to imperil peace in Northern Ireland as they held their first face-to-face meeting. The pair were all smiles as they posed for media in Carbis Bay, Cornwall, on the eve of the G7 leaders’ summit, with Biden congratulating Johnson on his recent marriage.

“We both married way above our station,” Biden quipped. Johnson replied: “I’m not going to disagree with the president on that or indeed on anything else.” The meeting, at the start of Biden’s first foreign tour as president, is billed as a chance for the old allies to help shape the post-pandemic world, in areas from climate change to technology and trade.

They will agree a modern version of the 1941 charter signed by their predecessors Winston Churchill and Franklin D.

Roosevelt that determined the new world order after World War II. But while keen to reaffirm the strength of the two countries’...read more...