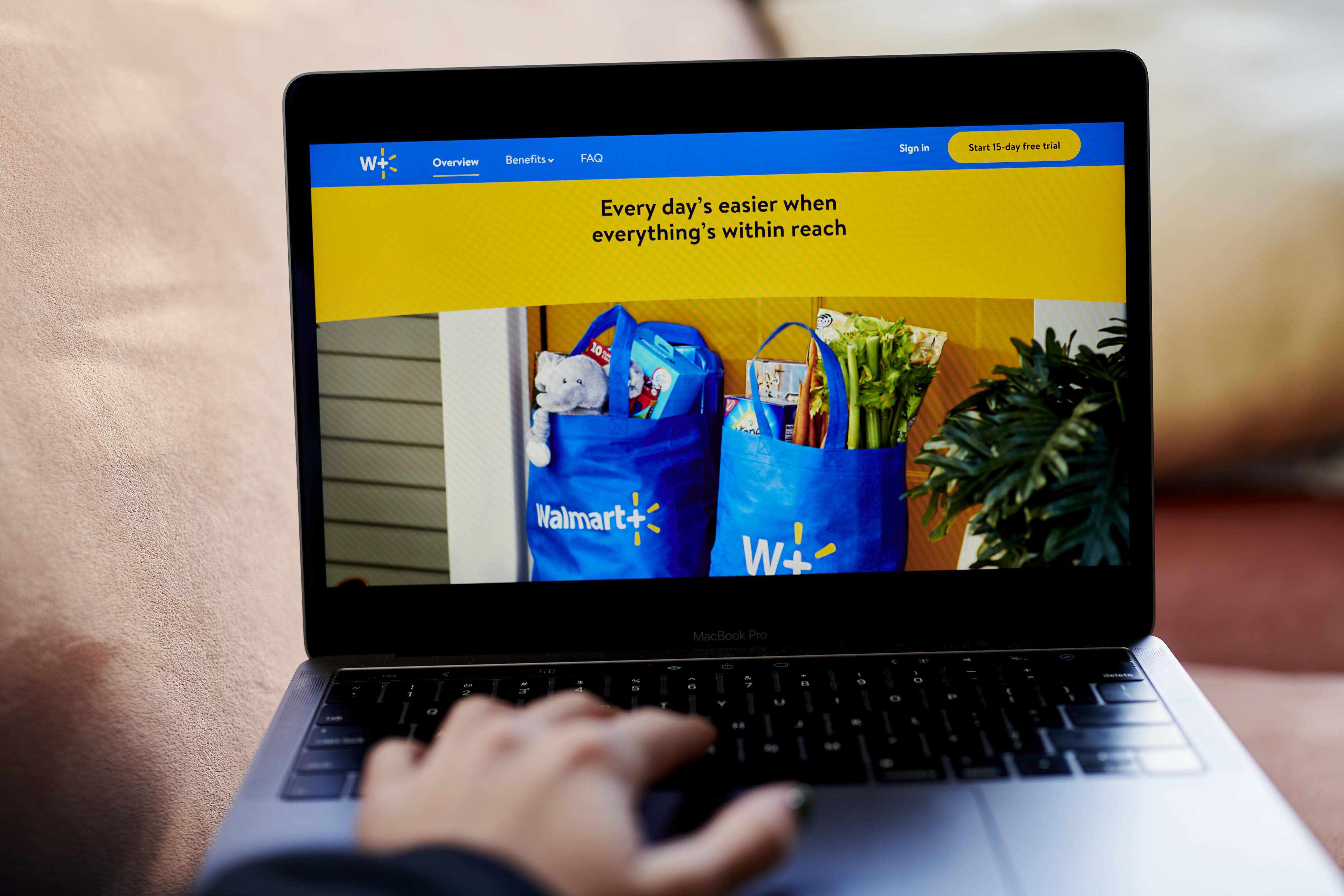 's membership program, Walmart+, is gaining momentum and attracting younger, higher-income shoppers, according to a research note published Tuesday by Deutsche Bank. The subscription service â which â has grown to an estimated 32 million U.S. households, according to the equity research firm's monthly surveys of consumers. In the note, retail analyst Krisztina Katai said Walmart+ has hit an "inflection point" after months of slower growth. About 25% of respondents said in June and July that they have Walmart+, Deutsche Bank said. That's up from prior months, where penetration hovered around 19%. In comparison, about 57% of survey respondents said they belong to competing membership program, Prime, according to the most recent survey. There is significant overlap with the programs: About 86% of current Walmart+ subscribers have Amazon Prime, according to Deutsche Bank's survey. They have similar demographics, too: About 61% of Walmart+ members earn an annual household income of more than $50,000 and 33% make $100,000 or more per year versus 63% and 28% with Prime members, respectively. Walmart, the country's biggest grocer, as a way to encourage customer loyalty, drive more frequent sales and beat competitors with convenience. However, Walmart has offered few specifics about Walmart+'s performance and