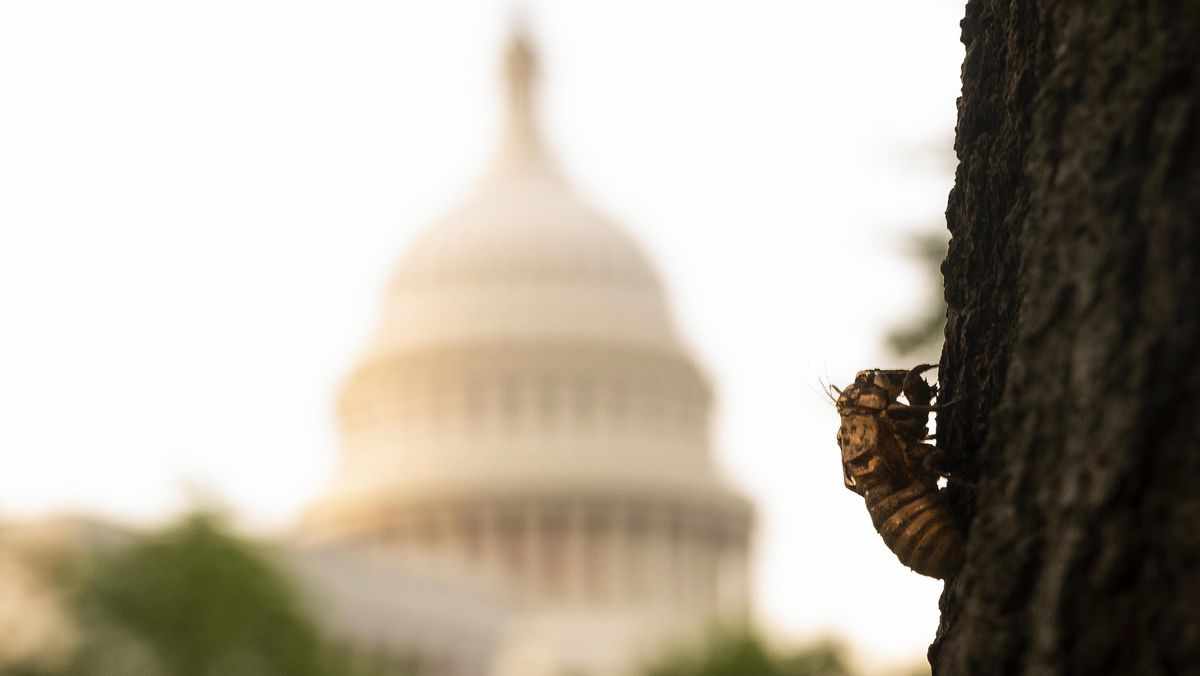 A White House charter plane which was set to carry members of the press to Europe to cover President Joe Biden’s first overseas trip was unable to take off briefly on Tuesday after its engines were filled by a swarm of cicadas, amid the once-in-17-years event which sees billions of the insects emerge from ground that is currently afflicting the nation’s capital.

The empty shell of a cicada clings to the side of a tree at the U.S. Capitol in Washington on Sunday … [+] morning.

The chartered plane was scheduled to depart at around 9 p.m. ET, but it was delayed after the flying insects somehow managed to find their way inside the plane’s engines and also take over several exterior sections of the aircraft.

White House officials have arranged for a replacement plane to be dispatched to Dulles International Airport, CNN reports, and it is scheduled to leave early Wednesday...read more...